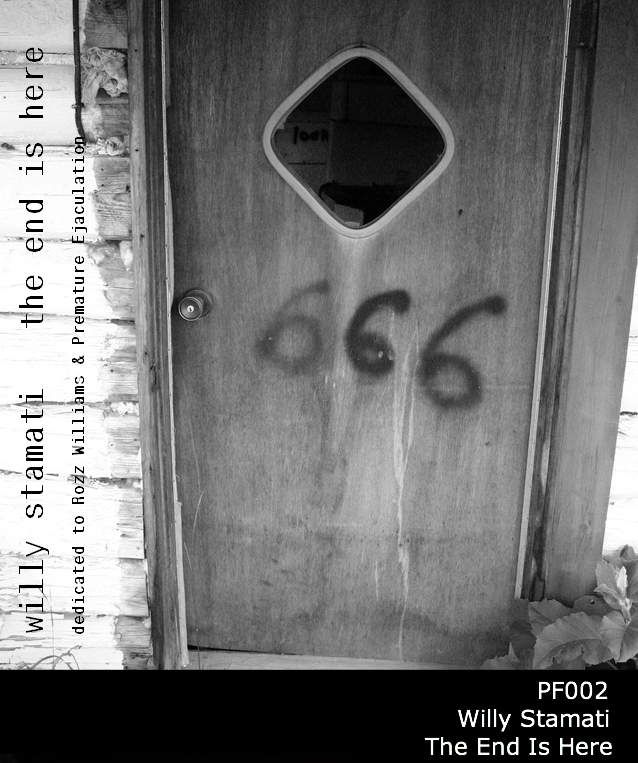 Its not a surprise for anyone, that interest in Rozz Williams’s creativity and one of his projects - Premature Ejaculation, is stell alive in circle of experimental music lovers. This project dealt with Rozz Chuck Collison, after he left his main deathrock-project Christian Death.

This release is dedicated to the activities of this enigmatic musician who was in constant creative search, as evidenced by the evolution of his career and a wide range of genre identity - from deathrock to noise electronics.

The album is an interpretation of the main, in Willy Stamati’s opinion, songs ‘Premature Ejaculation’ at the time of participation by Rozz Williams, whose death in 1998 shocked many who were indifferent to the creation of this amazing man.